On Saturday, August 3rd, 2019 Women in Hort members took their first ever road trip to the fabulous Willowwood Arboretum and neighboring Bamboo Brook in Far Hills, NJ. Our tours were led by Zinnia Cheetham, Plant Records Curator Specialist, and we were in for a full day. The day began with a tour of Willowwood, after which we had lunch in the historic house, followed by a quick hike to tour neighboring Bamboo Brook. Part one of this event recap will cover our tour of Willowwood Arboretum, stay tuned for part two to hear about our hike and tour of Bamboo Brook.

I would be remiss if I didn't start this off by say what an incredible host Zinnia was! She has been the curator at Willowwood for the past year and a half but based on the tour she gave it sounded like she had been there for at least ten years! Her knowledge of the plant material and history of the gardens was immense and kept us all captivated and asking questions. Many of the WinH members on this tour had never been to Willowwood prior to this visit, so we needed to orient ourselves and understand the history of the garden before we ventured out. Zinnia was happy to indulge us on this, as well as, show us her office and some behind the scenes of what it's like to be in charge of the plant records. 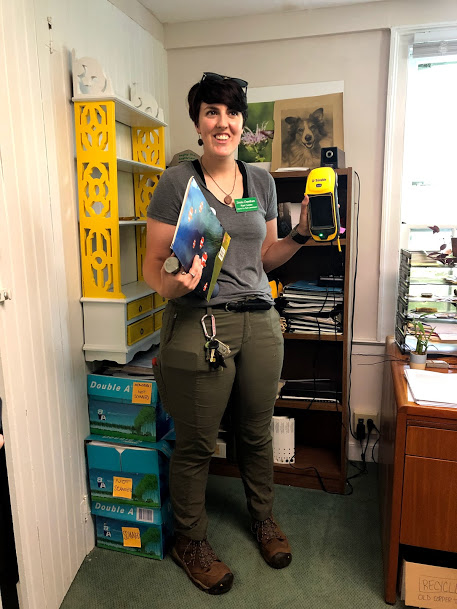 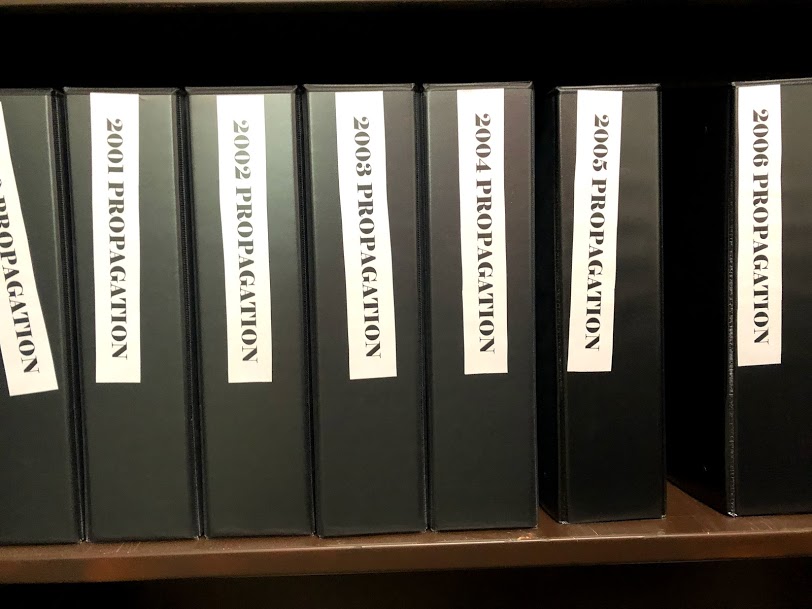 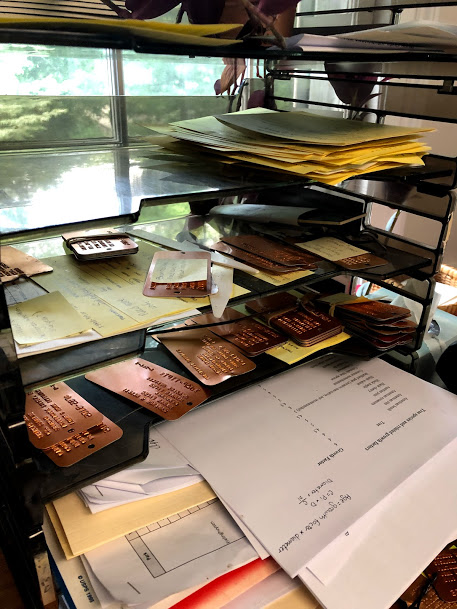 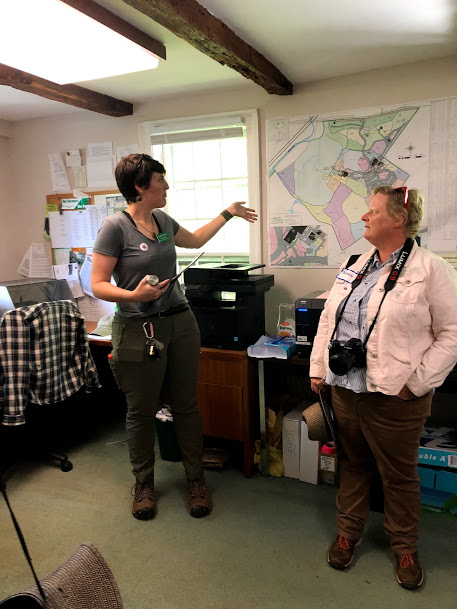 To begin the tour, WinH members were treated to a walk through the interior of the historic house, built in 1792. Zinnia explained that the arboretum was started by brothers, Robert (Bob) and Henry (Hal) Tubbs in 1908. They purchased a 135 acre farmstead called Paradise Farm. Creating the arboretum was their passion project. Both brothers were plant lovers and had an interest in horticulture since their childhood. The Willowwood website explains each brother's interests in the following ways, Bob "was interested in growing woody plants, especially unusual trees and shrubs, pursuing them with a collector’s passion and wanted as many different species as possible" and Hal "loved plants and people, books and travel, art and antiques, nature and the land". They changed the name to Willowwood Farm and started planting unique specimen and designing gardens.

The Tubbs became very well known in the world of horticulture and received plant gifts from many notable people. This helped them grow the collection at Willowwood. From the website, "In April, 1939 the New York Times reported on the brothers horticultural efforts. Robert collected; Henry was the artist who "painted" on the garden canvas with a "careful-carelessness" which made it seem as if the garden had arranged itself." The brothers developed a friendship with their neighbor, Martha Brookes Hutcheson, who purchased the adjacent property, Bamboo Brook, in 1912. Martha graduated from MIT and was one of the first female landscape architects in the United States. Martha and Henry were in the Garden Club of Somerset Hills together.

In 1936 it was Martha who introduced the Tubbs brothers to Benjamin Blackburn, a fellow plant lover and instructor in Ornamental Horticulture at Rutgers University. Benjamin became close with the Tubbs brothers and began living at Willowwood in 1939. Robert Tubb passed away in 1942 and shortly after Benjamin enlisted in the army. In 1945 Benjamin was stationed in Japan, while there he visited Japanese botanic gardens and befriended Japanese botanist, Yoshiharu Matsumura, of the Nikko Botanical Garden. After WWII, Benjamin returned to Willowwood bringing Japanese statuary with him for the garden. He and Hal began restoring the gardens after his return. Zinnia shared with us that Benjamin collected Primula seeds from Japan that he planted after returning to Willowwod and they are still growing in the garden today.

In the Woodwalk Primula still grow from the seed brought back from Japan by Blackburn.

Benjamin eventually got his Ph.D. and published numerous books on woody plants and gardening. He and Hal continued to add plants to their collection. It was during this period that Benjamin, now Dr. Blackburn, "carefully cataloged each accession in an effort to build a first-rate curated arboretum", which Zinnia is very grateful for today. In fact, the plant records at Willowwood date back to 1910! To quote Zinnia, "Our plant records are killer!"

As Hal grew older, he grew concerned about the what would happen to Willowwood after his death, he had no remaining family. By this point Dr. Blackburn was the primary caretaker of the property. "Henry Tubbs saw Dr. Blackburn as the rightful protector of Willowwood’s future and in late 1949 legally adopted him as his son." Hal passed away in 1958.

His will stated that "Willowwood Farm would be maintained as an arboretum and controlled wildlife preserve" and he set up a trust so that Dr. Blackburn could live out the remainder of his life in the house and 30 core acres. Today Willowwood Arboretum is part of the Morris County Park Commission, an organization that preserves over 20,000 acres of land, including three arboreta.

Once we had all the background information we were ready to hit the gardens! As we walked Zinnia explained that Willowwood focuses on the history of the site, as well as, the plant records. Once we began to see how beautiful and extensive the grounds were we were curious how many horticulturists they had on staff. Zinnia explained that there are 8 horticulture staff members, some full time and some part time for 136 acres. We asked about deer and learned that there is a small deer population but they do have a fence around the property. Then Zinnia shocked us all by telling us that she saw a bear yesterday!

The first garden we encountered was the very inviting Cottage Garden, an iconic part of Willowwood. The garden was filled with flowers overflowing onto the paths and it was alive with pollinators. There was so much to take in in such a small space and the scent of roses were in the air. Zinnia explained that this garden had historically been a vegetable garden and a seed bed for propagation.

As we continued through the garden we approached a Metasequoia that was planted in the 1950's. It is the New Jersey State Champion and is 3" shorter than Longwood's World Champion. 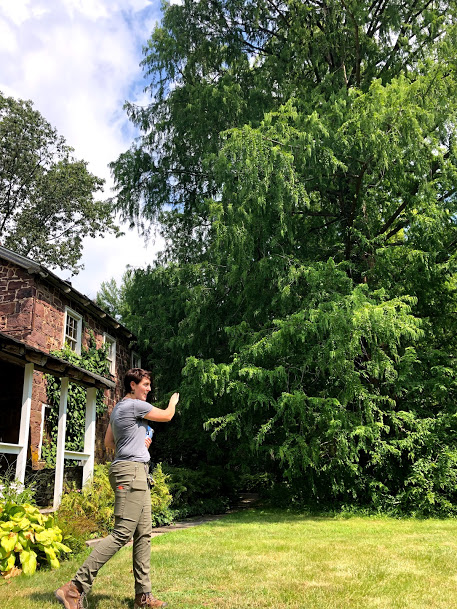 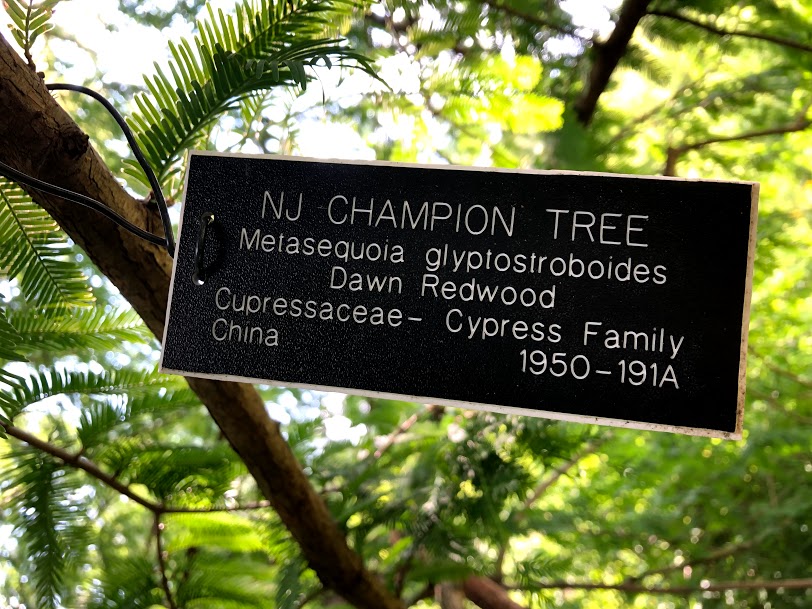 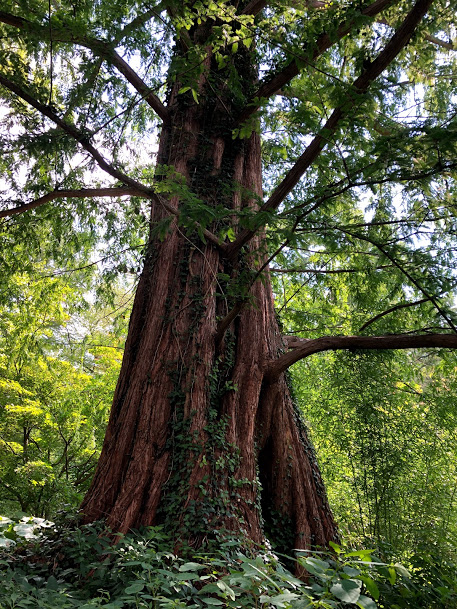 We continued our walk along grassy paths in the Bee Meadow, through lush borders of asters, goldenrod, and Joe-Pye-weed. As we came upon a small clearing Zinnia pointed out a row of Catalpa speciosa. Most visitors think they were part of an allée but they were actually planted in 1910 as a living fence but they were never pruned. At this point we were fairly close to the highway but you would never know because the dense vegetation made you feel as if you were in the middle of the wilderness, or better yet a careful-carelessness. We felt very lucky to have Zinnia as a guide because she told us most visitors don't wander off the main path and we definitely would not have wanted to miss what we were seeing. 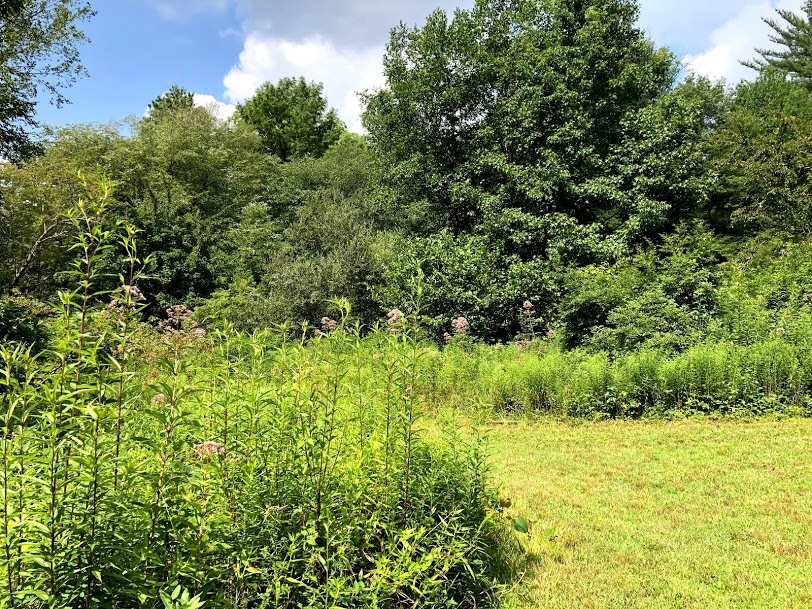 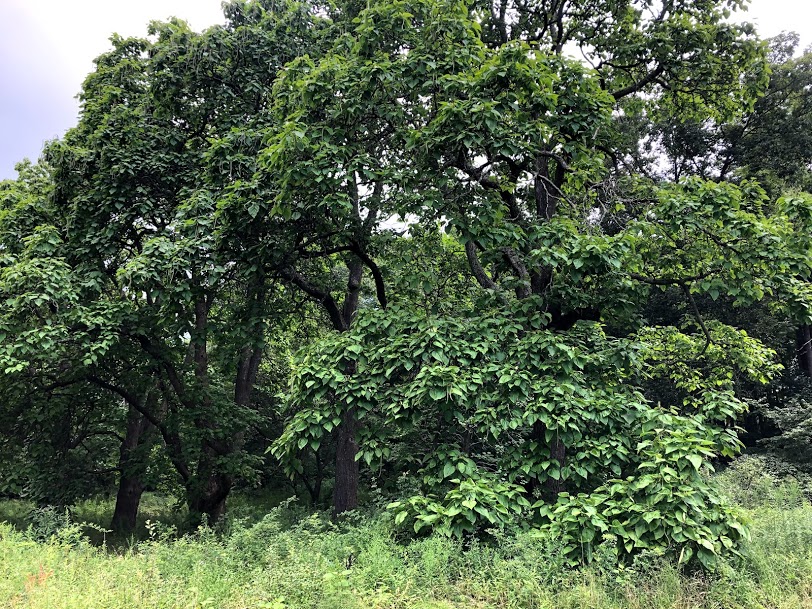 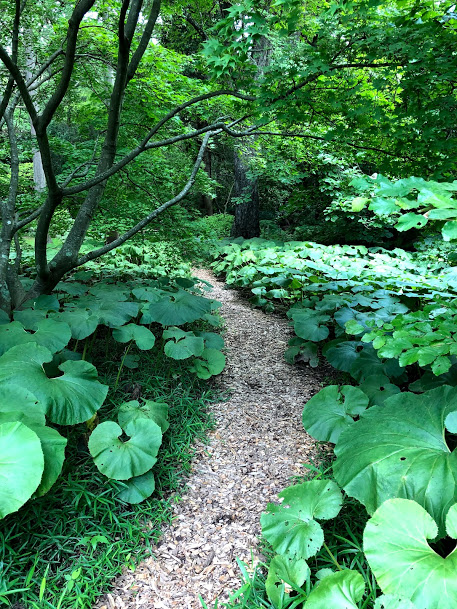 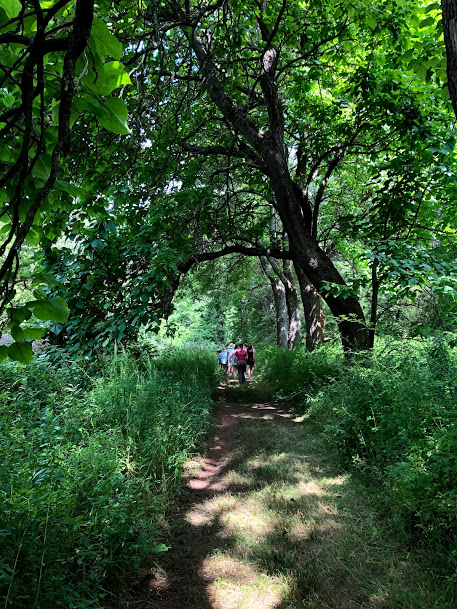 Our next garden was the Woodwalk, an area covered with hybridizing seedlings of Acer, Magnolia, Stewartia, and more. This was one of the first spots that the Tubbs brothers started to plant when they moved to Willowood. It is a treasure trove and they loved planting here. This garden features a particularly beautiful wild seedling of Acer palmatum var. dissectum. This particular plant had been selected for it's cascading habit and slightly longer leaves. Eventually, this plant was propagated from this garden in 1935 and sold in the trade as the now ubiquitous cultivar 'Waterfall'. It got it's named because it is planted next to a waterfall in the garden.

This part of the garden really stood out to me because there were so many textures and rich shades of green. It was quite peaceful and serene. It was a hot day but the shade from the trees made us feel like we were in air conditioning.

Zinnia shared a great quote from one of the Tubbs brothers as we continued our walk to the next garden, "Nature is the designer, were just the head gardeners".

Next up were the Rockery and Rosarie Gardens. They were installed by Dr. Blackburn, the plant recorder. The Rosarie Garden was a bursting with color. The beds were filled with a mix of hardy perennials, annuals, and tropicals with a bubbling water feature in the middle of the garden. 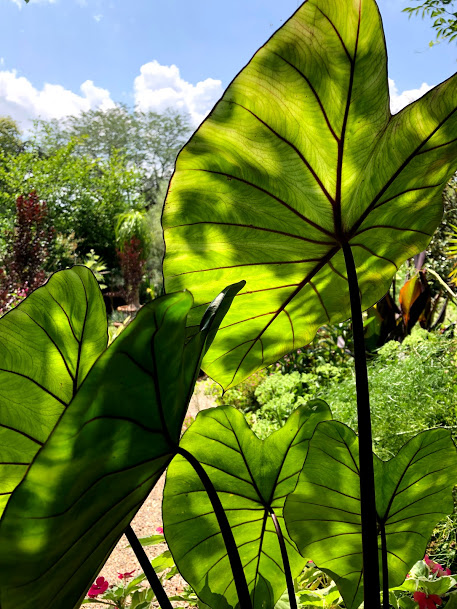 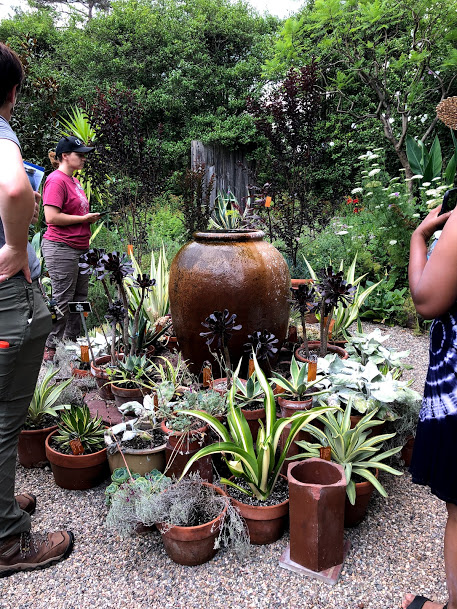 Our last stop before lunch was the meadow. I will let the pictures speak for themselves. This was a truly special part of the garden. Zinnia told us this was her favorite place at Willowwood and I can tell you it was mine as well. 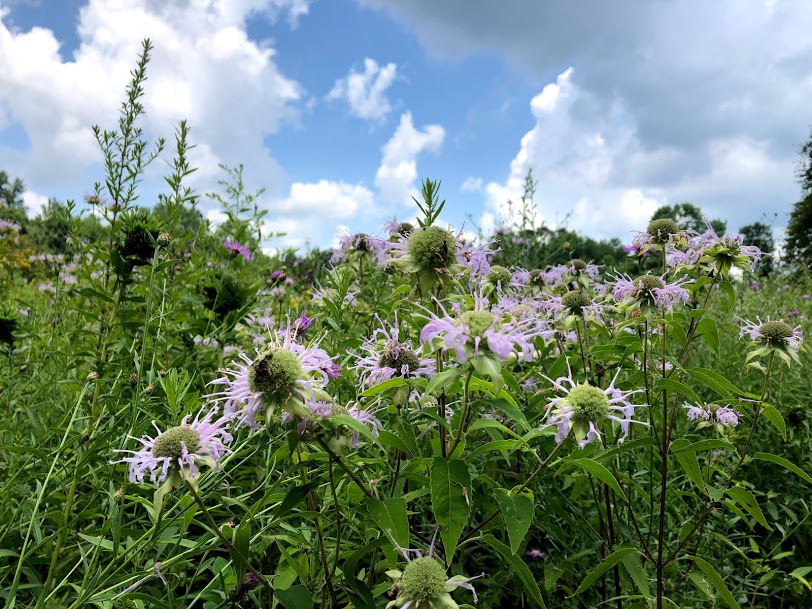 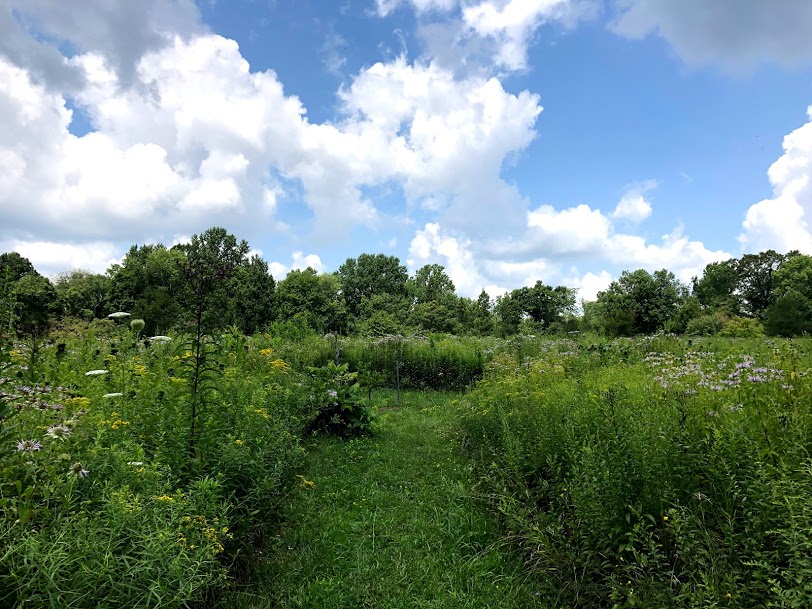 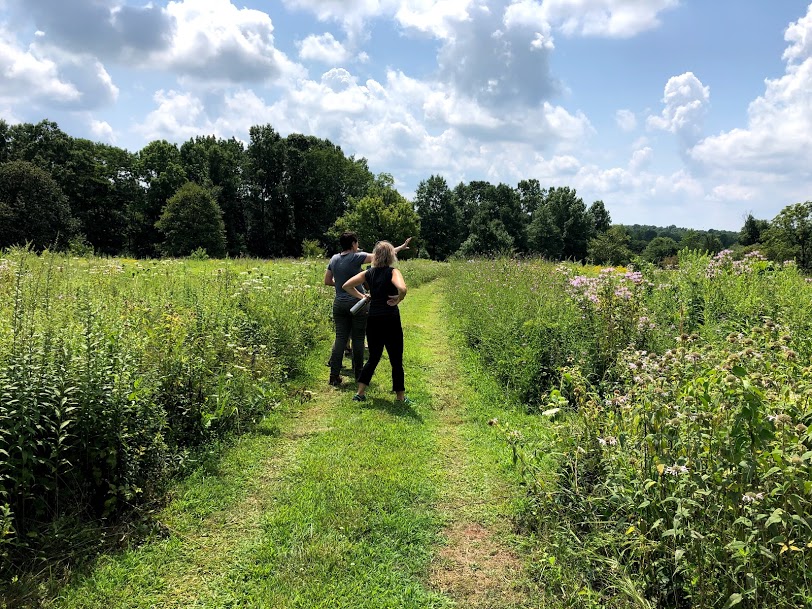 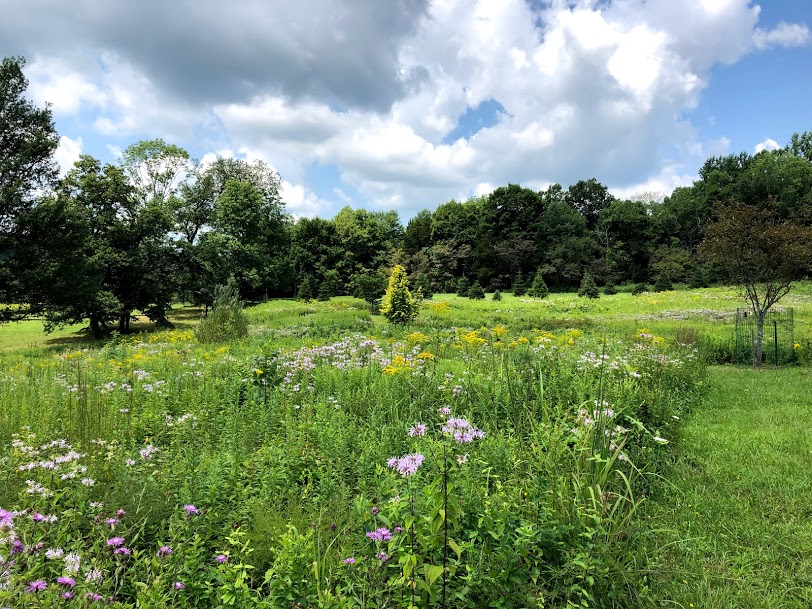 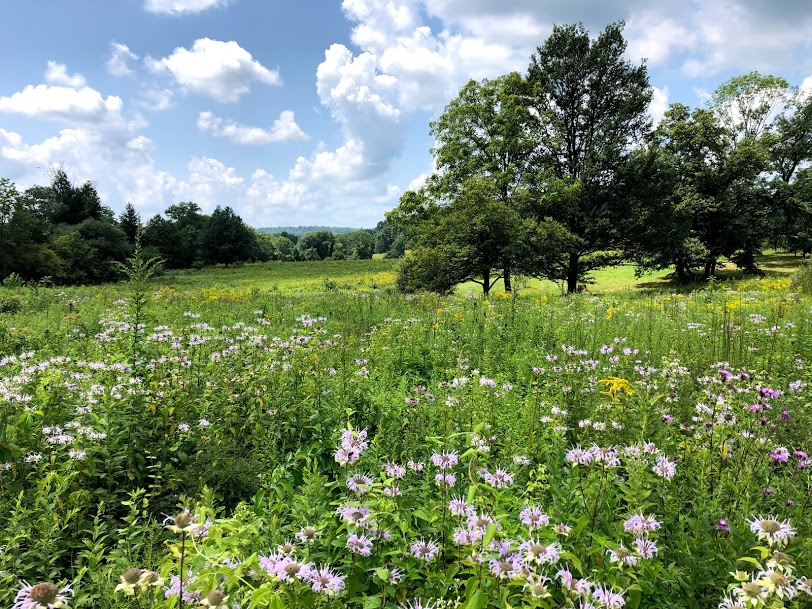 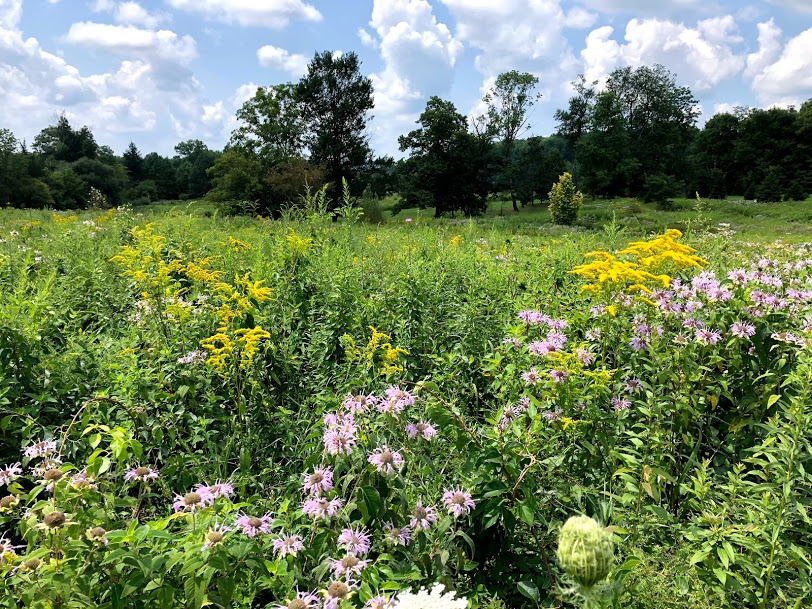 We headed back to the house to eat our lunches. As we ate, we got to know each other a little more and talked about some fun upcoming WinH events. Then Zinnia disappeared into the kitchen and came back with a tray of homemade cheesecake with handmade white chocolate feathers on top of each slice! I told you she is an incredible host! After eating her delicious cheesecake, we departed for the second half of our WinH road trip adventure to Bamboo Brook. Stay tuned for part two to hear about the beautiful landscape designed by Martha Brookes Hutcheson.